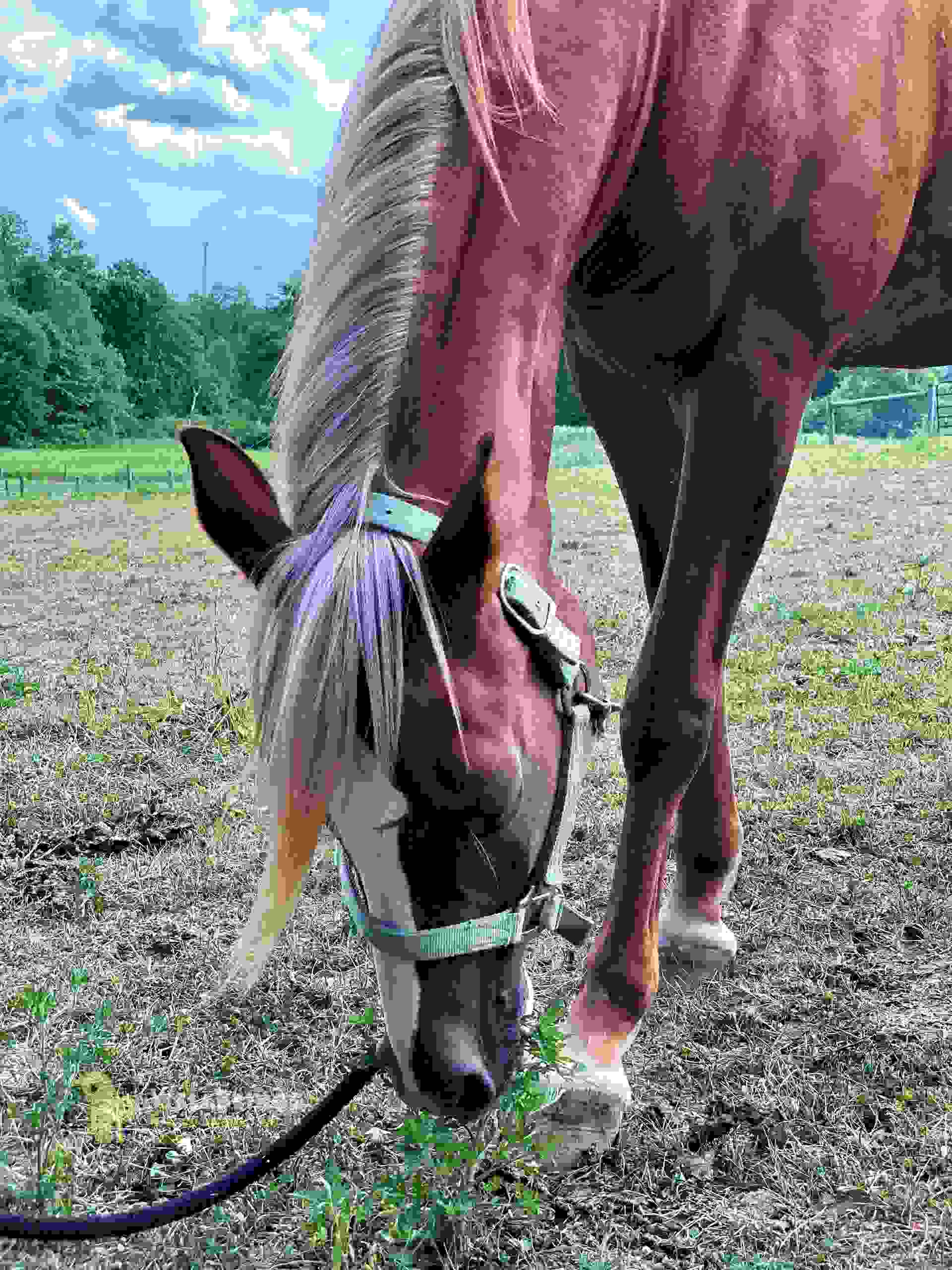 Jamie saw Promise advertised on the Facebook page of a regional “sale barn.” The included video showed her being ridden, and she looked comfortable under saddle. She was clearly Arabian, a lovely chestnut color with a flaxen mane and tail. And the price was cheap, so Jamie decided to go take a look. Well, the poor girl was skinny and had snot streaming from her nose when Jamie got there. The folks kept asking Jamie if she wanted to ride her before she bought her, but Jamie just wanted to get Promise out of there. (The name “Promise” came from the promise Jamie made to her that she’d never live in a situation like that again.) On the drive home, Jamie called a woman she knows who quarantines horses from auction barns in the Pennsylvania and New Jersey regions and got instructions on how to properly quarantine this lovely mare so as to avoid infecting Jamie’s other horses. For over a month, Promise lived by herself in a makeshift stall in the hay barn at WellBeings. She got over her illness and began putting on weight. Before long, she was ready to be ridden – and what a great ride she was! Calm, sweet, with a great canter. Jamie spent most of that summer using Promise as her primary trail horse.

A few months later, a woman from Liberty, Pennsylvania asked about Promise while on a trail ride. One thing led to anoter, and Promise moved to Liberty. The woman texted Jamie two years later and asked if it was OK for a friend of hers to take Promise. Jamie drove to Liberty and moved Promise from one place to the other, just so she could check out the new person and the new accommodations. A year later, Promise came home to WellBeings.

Promise is a chestnut with a flaxen mane and tail; she’s 14-hands and very clearly of Arabian heritage. She was born in about 2003.

Promise is available for annual sponsorship. Would you like to contribute toward his room and board? Costs are about $200/month, but we would accept any monthly amount, no matter how small.