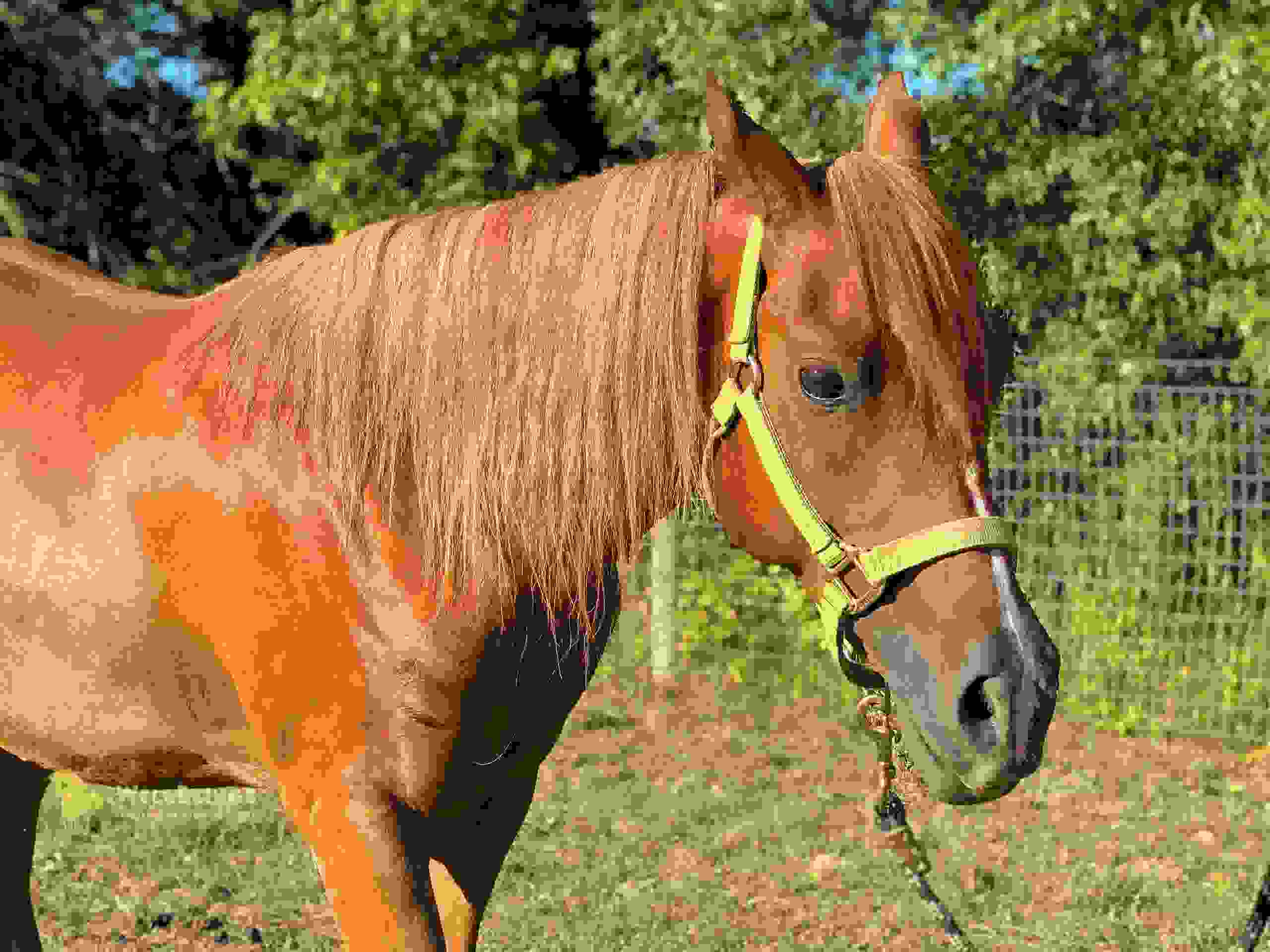 Leo showed up at Cranbury Auction in New Jersey as a stallion. Jamie’s Facebook friend Louise, who lives in the UK, bought him for next-to-nothing, quarantined him, and then boarded him with the same woman who quarantined him. A couple months later, Louise asked Jamie to take him, so Leo came to Milton to live. We castrated him and gave him time to adjust to living with other horses. We hope to have him under saddle in the coming months. In the mean time, he enjoys hanging out with his buddy Pete. Leo is a chestnut, 13.3-hand gelding born in about 2010; he is very Arabian in appearance, but he may have Welsh pony in his background as well.

Leo is available for annual sponsorship. Would you like to contribute toward his room and board? Costs are about $200/month, but we would accept any monthly amount, no matter how small.