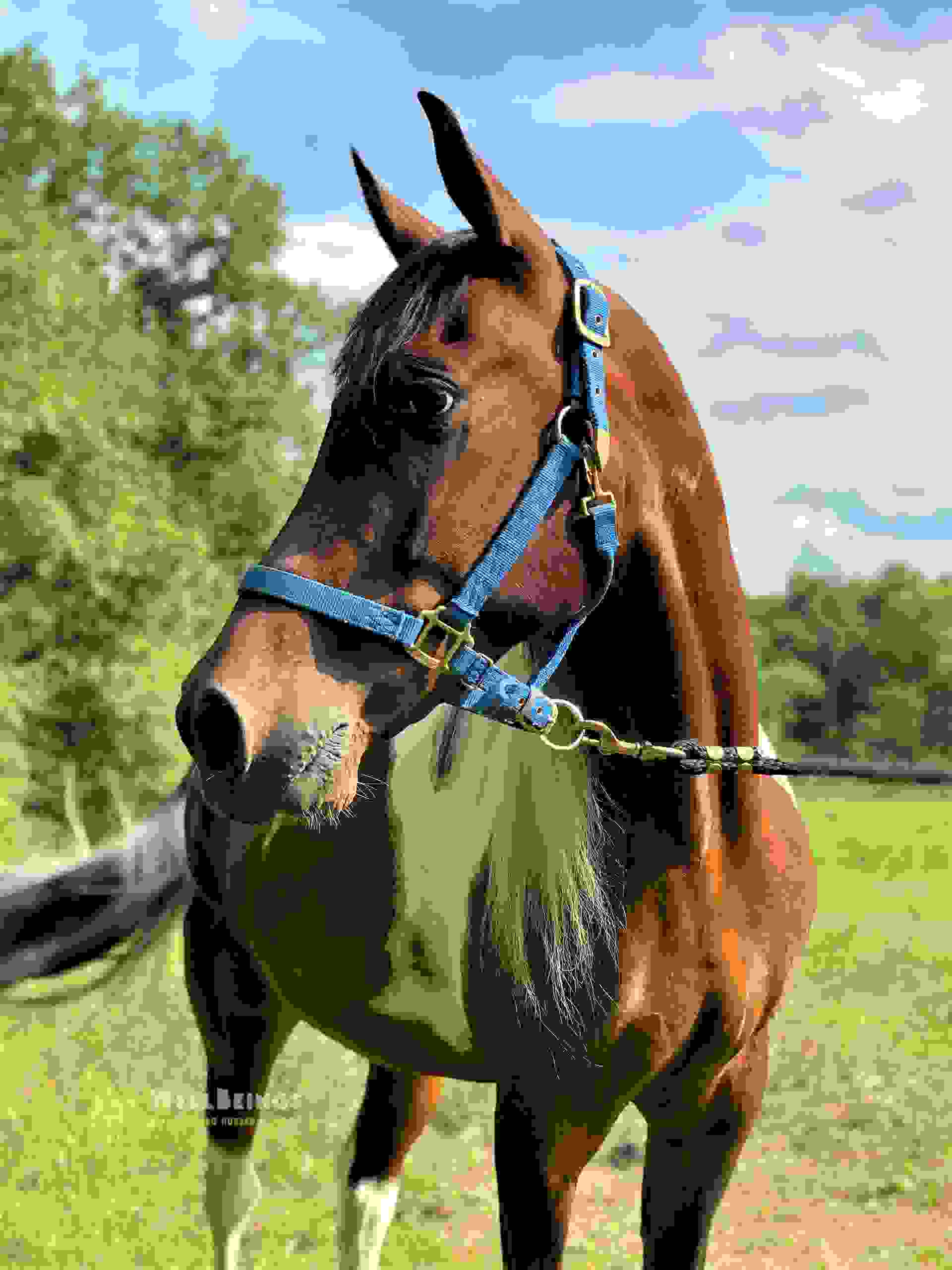 Some folks who’d had almost all quarter horses over the years had picked up Chance at the Middleburg Auction but simply didn’t know what to make of him once they got him home. They advertised him on Craigslist, where Jamie found him while she was looking for a Paint horse for a friend. When Jamie went to the farm, Chance was living by himself, while the other four horses lived in a pasture together. It turns out the folks who owned him were afraid of him and feared that he would hurt their other horses. The simply didn’t understand him. He’s a real character – funny, goofy, lovey. He’s actually near the bottom of the pecking order in the field – very unlikely to hurt anyone. Chance has become a nice riding horse. Chance is a 15.1-hand, bay pinto gelding born in 2013; he is registered in both the Pinto registry and the Half Arabian registry.