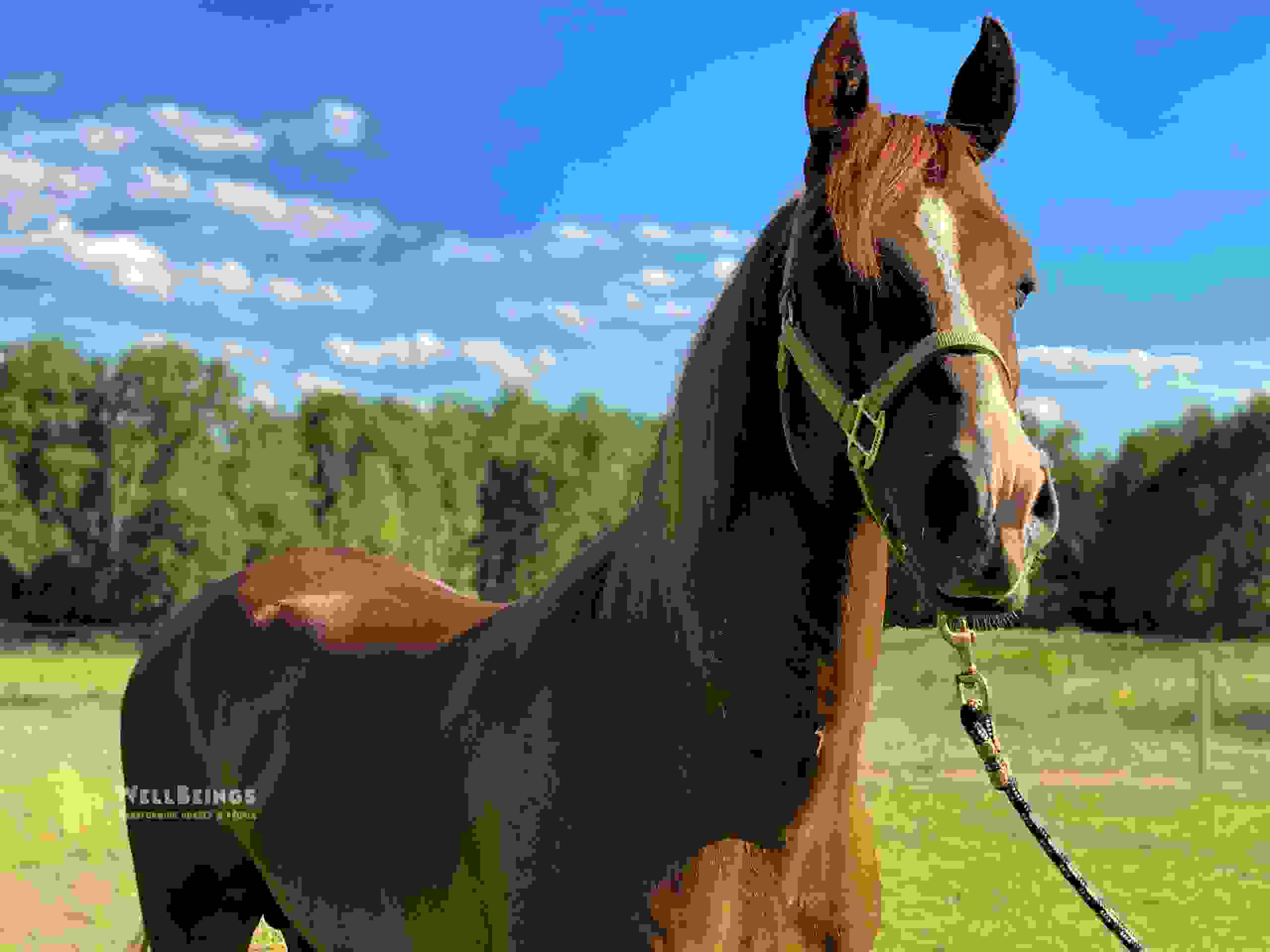 Boomer is currently the youngest horse at the farm. In June 2015, Jamie flew to Florida to look for a colt to join her family. Although the farm owner had selected for her two of the colts in the field with Boomer, they didn’t seem to be very interested in becoming acquainted. Boomer, on the other hand, kept coming up to Jamie, asking for her attention. Finally, after spending hours in the farm fields, Jamie asked the farm owner about him … and the rest is history. Boomer moved to Pennsylvania four months later, as a six-month-old colt. He is the farm’s only stallion and enjoys having a private paddock while also interacting with the geldings regularly. Jamie plans to begin working with him under saddle in the coming months. Boomer is a 15.1-hand, liver chestnut, purebred Arabian stallion born in 2015.