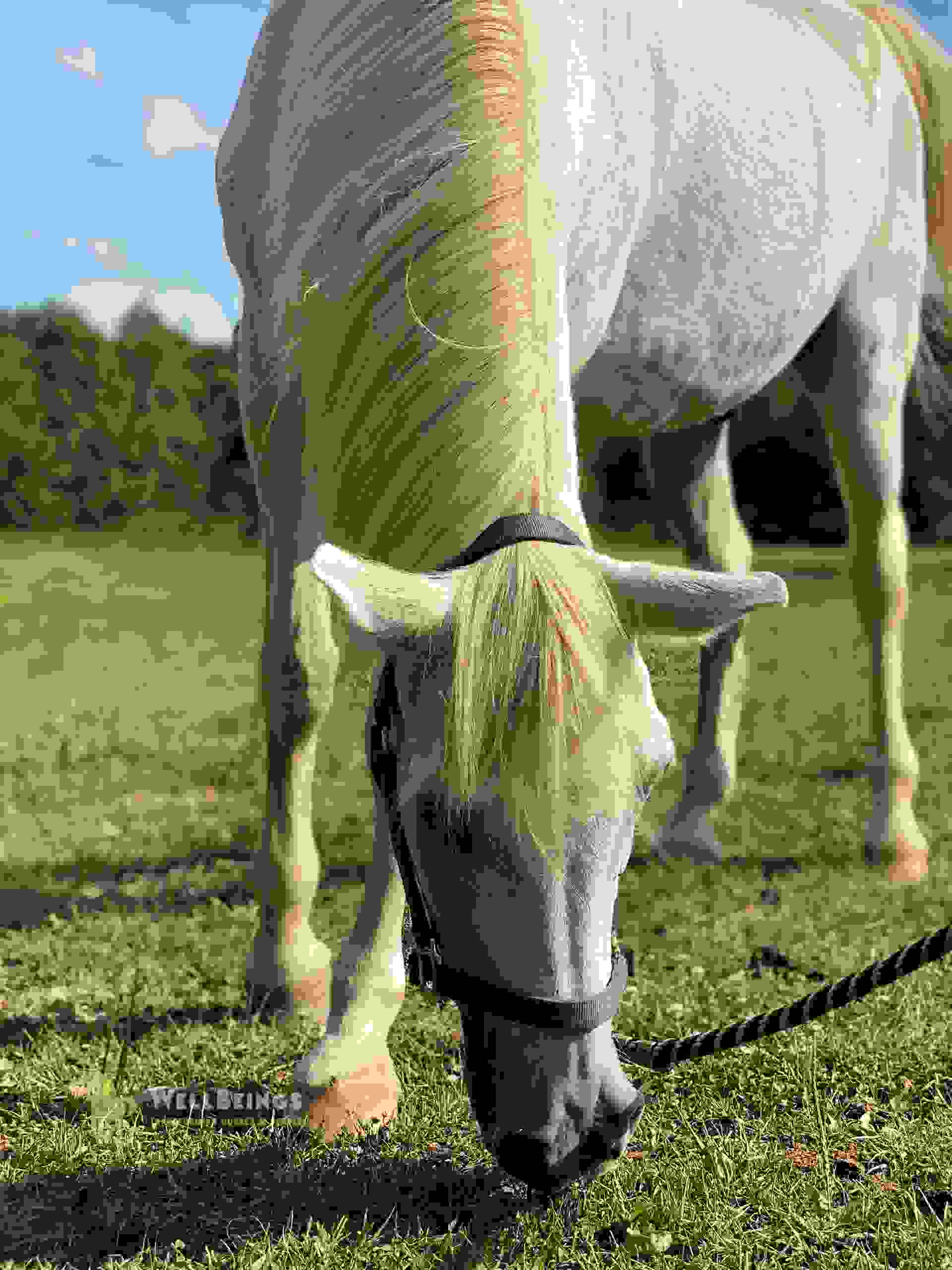 Amari is the grand old man of WellBeings Ranch. Born in February 1984, Jamie and he have been together since Jamie bought him at an Arabian auction at the Farm Show Complex in Harrisburg in May 1985. Amari was the first horse Jamie trained start-to-finish; and because she was bartending at the time (a job that didn’t require her to bring home her work), she had plenty of time to do it right. Amari went to graduate school with Jamie in Charlottesville in 1989 and moved with her to Roanoke in 1992. In 1993, Amari earned 1 st place in the Best Therapeutic Horse in Virginia in the statewide therapeutic riding show at the Virginia Horse Center. He was Jamie’s only horse when Tom and she moved to Pennsylvania in May 2000, but on his second day at their Lewisburg home, he was joined by his girlfriend Niki, who was only two years old at the time. Amari retired from ridden work in 2004 after a bowed tendon; since then, he’s spent his time raising other horses and continuing to cherish Niki. We wish for him many more happy years at WellBeings. Amari is a 14.3- hand, white-gray, registered purebred Arabian gelding born in 1984.